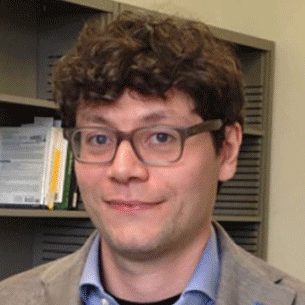 Abstract: The autonomous operations of Unmanned Aerial Vehicles (UAV) require the execution of continuous streams of heavy-duty mission-critical computing tasks. These tasks often take the form of complex Deep Neural Network (DNN) models applied to information-rich signals such as image and lidar data. Clearly, such strenuous effort may exceed the capabilities and resources (e.g., computing power and energy) of most UAVs. The research community mostly relied on two distinct approaches to address this issue: model simplification and edge computing. The former may lead to performance degradation, while the performance of the latter suffers from the erratic behaviour of wireless channels.

In this talk, I will present two key components of reliable computing in edge computing for Mobile Autonomous Systems (MAS) and especially UAVs. Our ultimate objective is to achieve task-level latency and accuracy guarantees. First, I will introduce the notion of data-driven redundant computing. The core idea is to replicate tasks across the system to reduce uncertainty in their total execution time. A Deep Reinforcement Learning (DRL) Agent dynamically controls in real-time how many and which edge servers are selected for computing. Our approach is experimental, and we demonstrate how the DRL agent necessitates features from multiple system blocks (telemetry, network and application) to make effective decisions in real-world deployments. Finally, I will summarize our work in the area of split computing, where we modify DNN models for vision to make them splittable across MAS and edge servers and reduce end-to-end latency in unreliable wireless environments. We pioneered this area by introducing the notion of artificial bottleneck to obtain in-model compression, and by developing innovative training strategies that achieve the best rate-distortion curve available to date.

Bio: Marco Levorato joined the Computer Science department at UCIrvine in August 2013. He completed his PhD in Electrical Engineering at the University of Padova, Italy, in 2009. He obtained his B.S. and M.S. in Electrical Engineering summa cum laude at the University of Ferrara, Italy in 2005 and 2003, respectively. Between 2010 and 2012, He was a post-doctoral researcher with a joint affiliation at Stanford and the University of Southern California. His research interests are focused on distributed computing over unreliable wireless systems, especially for autonomous vehicles and healthcare systems. His work received the best paper award at IEEE GLOBECOM (2012). In 2016 and 2019, he received the UC

Hellman Foundation Award and the Dean mid-career research award, respectively. His research is funded by the National Science Foundation, The Department of Defense, Intel and Cisco.

Link to profile on LinkedIn