Welcome to the Digital Futures Fly-High Fika seminar by David Broman from KTH!

Abstract: Models are extensively used by both scientists and engineers, but for different reasons. For scientists, working in natural sciences, the main motivation for constructing models is to understand the system being modeled. By contrast, an engineer typically makes use of models when creating systems. These models can be used in many types of analysis, such as formal verification, statistical analysis, or simulation. This talk focuses on languages for modelling, in particular on languages that are domain specific. I will discuss two specific kinds of domain-specific languages: (i) equation-based languages for modelling and simulation of cyber-physical systems, and (ii) probabilistic programming languages for performing Bayesian inference. Although there are several benefits with such domain-specific modeling languages, the cost of developing efficient environments and compilers can be very high. Specifically, people with strong domain knowledge (for instance in biology or mechanical engineering) are seldom compiler experts. Likewise, compiler writers rarely have strong domain knowledge, especially not in multiple scientific or engineering domains. I will discuss our ongoing effort of developing a general compiler infrastructure for efficient domain-specific language construction, as well as various applications domains, including phyogenetics, health care, and mechanical engineering. 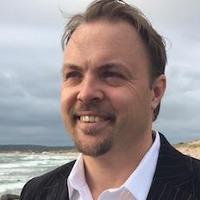 Bio: David Broman is an Associate Professor at the KTH Royal Institute of Technology, Associate Director Operations for Digital Futures, and CEO of Consecio AB. Between 2012 and 2014, he was a visiting scholar at the University of California, Berkeley, where he also was employed as a part time researcher until 2016. David received his Ph.D. in Computer Science in 2010 from Linköping University, Sweden, and was appointed Assistant Professor there in 2011. He earned a Docent degree in Computer Science in 2015. His research focuses on model-based design of time-aware systems, including cyber-physical systems, embedded systems, and real-time systems. In particular, he is interested in programming and modeling language theory, formal semantics, compilers, and machine learning. David has received an outstanding paper award at RTAS (co-authored 2018), a best paper award in the journal Software & Systems Modeling (SoSyM award 2018), the award as teacher of the year, selected by the student union at KTH (2017), the best paper award at IoTDI (co-authored 2017), awarded the Swedish Foundation for Strategic Research’s individual grant for future research leaders (2016), and the best paper presentation award at CSSE&T (2010). He has worked several years within the software industry, co-founded three companies, co-founded the EOOLT workshop series, and is a member of IFIP WG 2.4, Modelica Association, a senior member of IEEE, and a board member of Forskning och Framsteg.