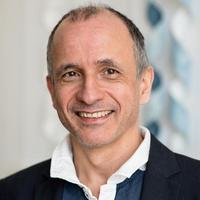 Abstract: In this talk Dilian Gurov will propose a notion of Knowledge for agents in multi-agent systems that play as a team towards achieving a common objective. Based on this notion, he will define a class of knowledge-based strategies, and will show how higher-order knowledge, i.e. knowledge about the knowledge of other agents, increases the abilities of a team to achieve objectives. This aspect of knowledge will be presented and studied in the context of a class of games over finite graphs, called Multi-Player Games with Imperfect Information. Dilian Gurov will introduce a construction applied to such games, the iterative application of which will turn out to compute higher-order knowledge of the agents, and will show how this construction can be used for the design of knowledge-based strategies.

Dilian’s most notable personal grants are from the Swedish Science Foundation VR, which has funded the projects SEFROS (2003 till 2006) and ContraST (2009 till 2011). He has also been co-applicant on a number of successful Swedish and European project proposals.

Of industrial relevance is his recent collaboration with Scania on Functional Verification of C programs, supported via VINNOVA.