We need a much stronger interaction between Neuroscience, Machine Learning and Mathematics!

Brain science is sometimes considered to be the final frontier of human knowledge. In recent times it has become abundantly clear that we need a much stronger interaction between Neuroscience, Machine Learning and Mathematics.

On one hand, there is a general agreement that brain science can inspire better machine learning (ML) algorithms, and on the other hand, we think that modern machine learning can also help unravel the secrets of brain function by suggesting better experiments and data analysis methods. Finally, mathematics can not only provide the common language to ML and brain science but also give the much-needed analysis tools to understand information processing in both artificial and biological networks.

Therefore, two neuroscientists Arvind Kumar from EECS, KTH and Srikanth Ramaswamy from Newcastle University and an AI expert Saikat Chatterjee from EECS, KTH joined hands to organize a meeting for the mathematicians, neuroscientists and machine learning experts. This three-day meeting aptly named the MAIN meeting (Mathematics, Artificial Intelligence and Neuroscience) was held at the Digital Futures hub from 13-15 December 2021. 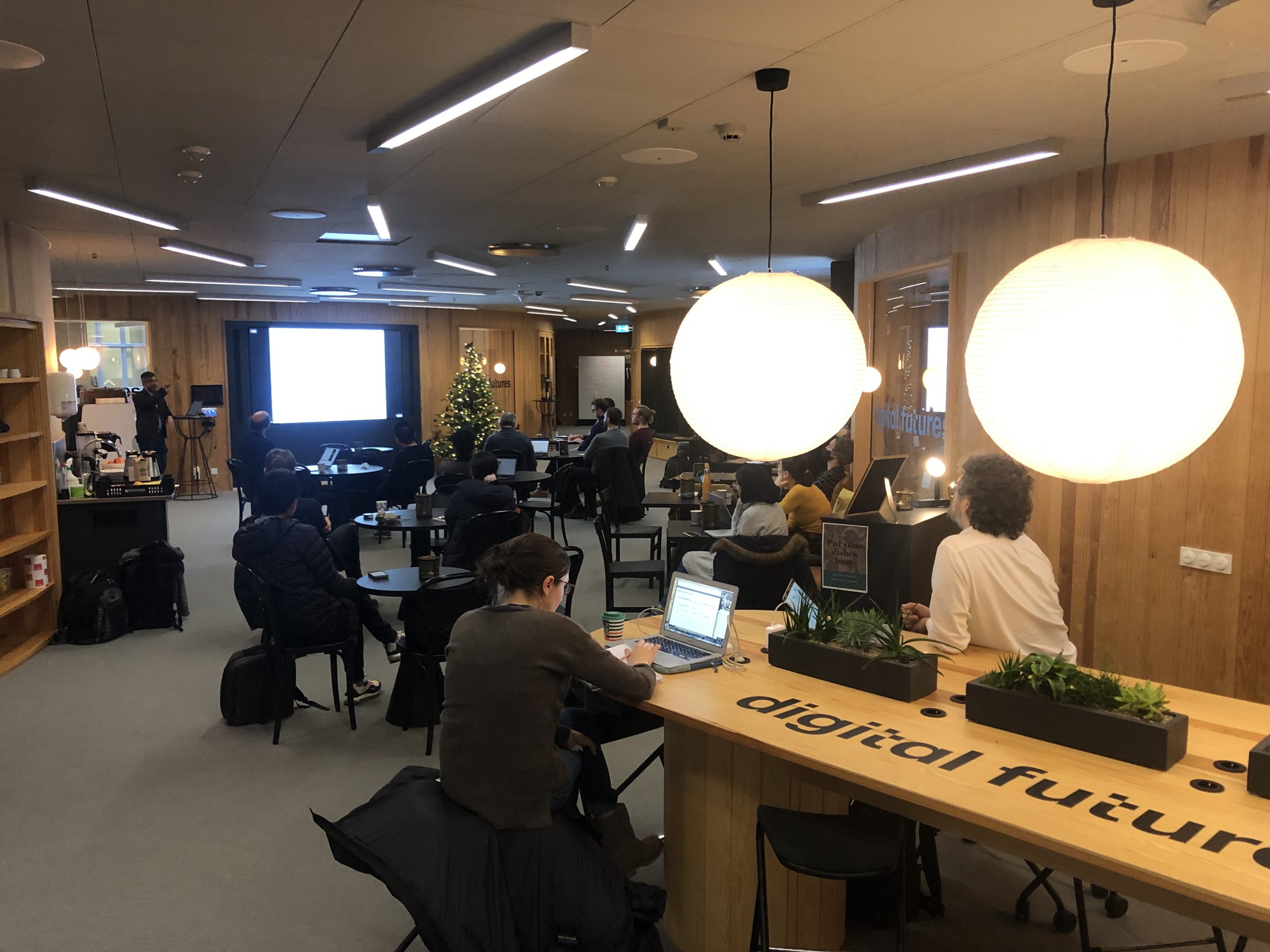 The meeting was organized in a hybrid way given the Covid-19 situation. The Digital Futures space with all its infrastructure proved to be an excellent venue for the hybrid mode conferences. The talks were divided into seven sessions which were separated by panel discussions and coffee breaks.

– We started the first day with three tutorials to bring the mixed audience up to speed. This was followed by talks on the use of topological tools to study complex high dimensional objects including biological neurons and neural networks. The final session was devoted to the understanding of network activity dynamics and neural coding using tools from topology and information processing, explains Arvind Kumar.

The second day started with talks on the use of machine learning tools for neuroscience, in particular, the analysis of EEG data to decode brain state and automatic detection of animal behaviour. The remaining talks focused on opening the black box of deep learning – a special and powerful class of machine learning and getting some insights into what makes it so powerful in certain application domains. Then followed presentations and panel discussions on powerful interpolation schemes from the field of AI, as well as mathematical tools from Clifford Algebra for computer vision.

The third day focused on neuroscience with two talks on how artificial intelligence, AI, can be used to model individual neurons and discover synaptic plasticity rules. Invited speakers also talked about various levels of the brain’s complexity that are yet to be fully characterized and included in computational models. One such aspect of brain science is neuromodulators – chemicals that modify brain circuits continuously in a state-dependent manner. While understanding of neuromodulator action may be limited, early steps that are being taken to include them in modern machine learning were presented.

– Each session generated lots of questions from the audience which were taken up in the panel discussion but the discussions continued at lunches, dinners and are even continuing now over emails. It was really a privilege to host some of our colleagues in person during the pandemic, who made extra efforts to come to Stockholm, says Arvind Kumar. 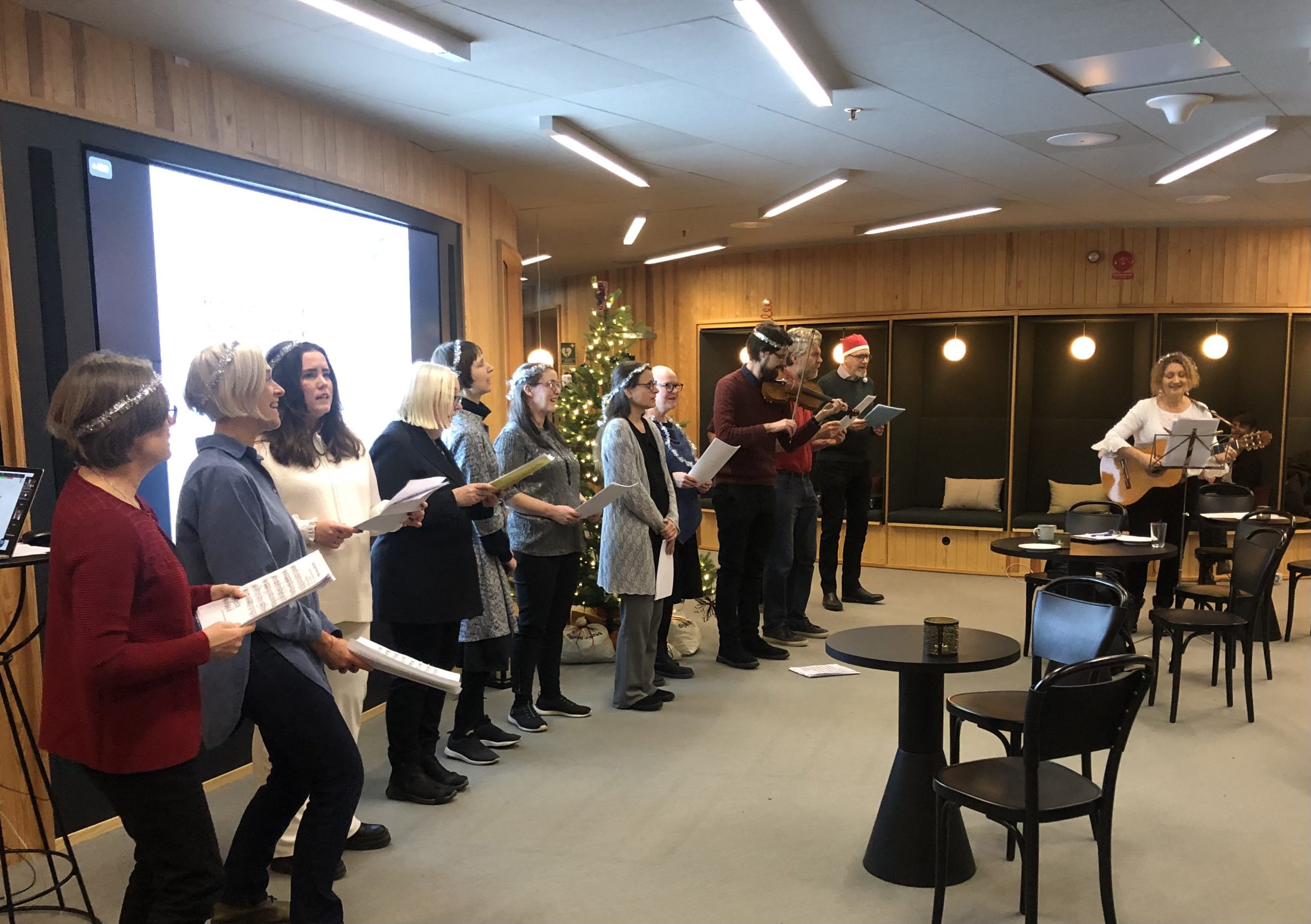 As the meeting started on 13th December – the Swedish Lucia day, it was fitting that the audience and invited guests were surprised by the KTH staff choir with Christmas songs.

– This meeting has reinforced our existing connections and formed new interactions which we hope will precipitate long-standing collaborations, says Saikat Chatterjee. We now look forward to building on the success of this edition of the MAIN meeting and establishing it as a regular event of the academic calendar. The meeting was funded in parts by the Swedish Research Council, KTH Digitalization Platform and Digital Futures. We especially thank our colleagues at Digital Futures who helped us with the organization and logistics. 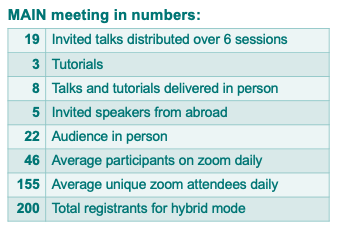