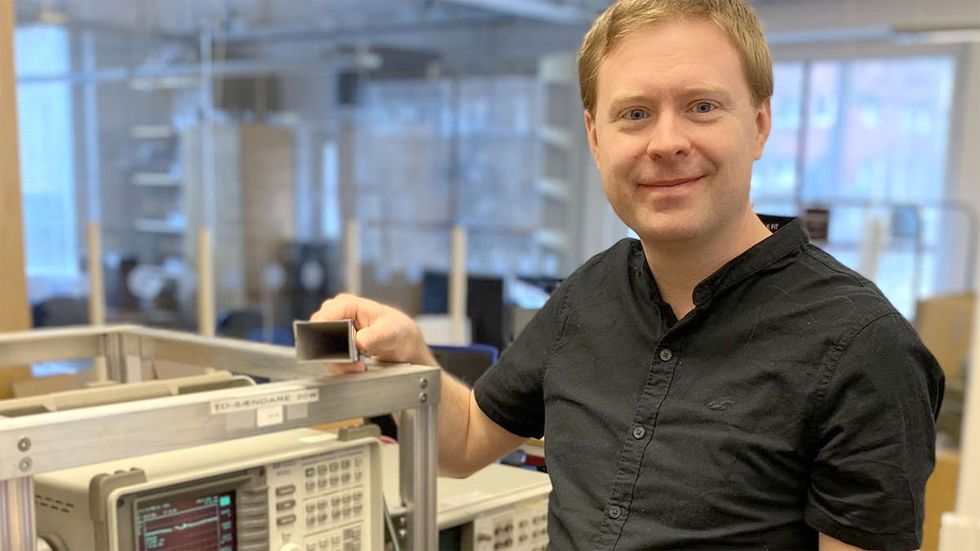 Congratulations to Digital Futures fellow Emil Björnson for receiving the Tage Erlanders prize for natural science and technology 2022 for “his visionary and clarifying research on MIMO antenna technology for wireless communication”.

Each year, the Royal Swedish Academy of Sciences awards the Nobel Prizes in Physics and Chemistry and the Sveriges Riksbank Prize in Economic Sciences in Memory of Alfred Nobel, but also many other prizes in recognition of distinguished achievements. Mostly to researchers, but sometimes to teachers, writers and translators.

The Tage Erlander prize is awarded to researchers who have not reached the age of 40 at the end of the nomination period. The prize is awarded as a reward for outstanding professional work as a stimulus to further research. High-quality popular science initiatives are also merited for the award. Recipients of the prize are appointed by the Royal Swedish Academy of Sciences. The prize consists of funds provided by the Tage Erlanders Foundation for Science and Technology and is handed over to the recipient at the academy’s meeting.

The prize is awarded the first year in physics, the second year in chemistry, the third year in technology, the fourth year in biology, the fifth year in mathematics, the sixth year in physics and so on. Nomination of prize winners is made by the faculty/section at Swedish universities and technical colleges at the invitation of the academy.