The halting problem: when self-driving cars halt in traffic 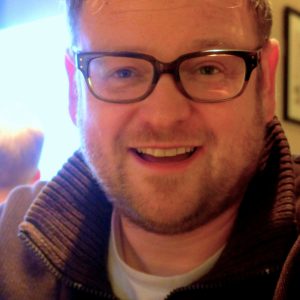 Abstract: Despite early successes, building self-driving vehicles is clearly a massive long-term challenge.   Indeed, all current commercial systems suffer from multiple failings which prevent their extensive use in ordinary traffic. In this talk, I will introduce our new Wallenberg WASP-HS project which is using video analysis of traffic interactions to inform the building and regulation of self-driving vehicles.  For the project we are currently making use of videos of self-driving cars that are being tested on public roads, in particular, the Tesla ‘FSD beta’, and the Waymo driverless taxi service. While the cars featured in these videos can (mostly) navigate the physical environment of the road, it is clear that they still face multiple challenges in communicating with other drivers. The road is a surprisingly social space, and this creates major challenges for self-driving cars to both communicate their actions to others, but also to see how others communicate to them. In particular, self-driving cars often halt suddenly on the road.  While these behaviours do not break any traffic rules (and in many cases is the safe thing to do) they break the sequential and temporal expectations of road interaction. As with pauses in a face to face interaction, pausing in traffic is something that humans strategically deployed as an interactional resource (such as before a name; or to get others attention). In driving, one reason why we pause is to yield to other drivers. Yet self-driving cars show little awareness of this and can become caught with other drivers in standoffs where neither car can proceed. We conclude by contrasting these pauses with examples of human drivers movements in traffic, and discuss what implications this might have for the prospect of safe self-driving cars being available soon.Bio: Professor Barry Brown is a research professor at Stockholm University, where he helps to run STIR, the Stockholm Technology and Interaction Research group. The group has received funding from Vinnova, SSF, VR, Wallenburg, Microsoft, Nissan, Mozilla and the EU. His two most recent books have been published by Sage and MIT Press, focusing on how to research the use of digital technology and the study and design of leisure technologies. Professor Brown previously worked as the research director of the Mobile Life research centre (2011-2017), and as an associate professor in the Department of Communication at UCSD (2007-2011). He has published over 100 papers in human-computer interaction and social science forums, along with five ACM best paper nominations (CHI, CSCW, Ubicomp), one ACM best paper award (CHI) and a recent 10-year impact award from the Ubicomp conference. In terms of research funding, he has received over $8 million (75 million SEK) in research funding from the UK research councils, NSF, and European and Swedish Funding agencies. His research has also been covered in the international press including the Guardian, Time, New York Times, Sydney Morning Herald, Voice of America and Fortune Magazine.
Link to the profile of Barry Brown