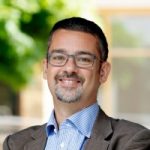 Abstract: To support the Internet-of-Things vision of enabling distributed autonomous systems operating in real-time, we need new wireless infrastructure able to provide highly reliable and low-latency connectivity to a large number of sporadically active devices transmitting short data packets. In this talk, I will illustrate how to use recent results in finite-blocklength information theory to design such a wireless infrastructure optimally.

Scenarios that are relevant for 5G and beyond will be presented. In particular, I will discuss how to support low-latency, ultra-reliable communications in massive multiple-input multiple-output architectures.

In 2010, he joined Chalmers University of Technology, Gothenburg, Sweden, now a full professor with the Communication Systems Group. At Chalmers, he served as co-director of the Information and Communication Technology Area of Advance and the Artificial Intelligence Research Center.

Dr Durisi is a senior member of the IEEE. He is the recipient of the 2013 IEEE ComSoc Best Young Researcher Award for the Europe, Middle East, and Africa Region. He is co-author of a paper that won a “student paper award” at the 2012 International Symposium on Information Theory and of a paper that won the 2013 IEEE Sweden VT-COM-IT joint chapter best student conference paper award. From 2011 to 2014, he served as publications editor for the IEEE Transactions on Information Theory. From 2015 to 2021, he served as an associate editor for IEEE Transactions on Communications.  His research interests are in the areas of communication and information theory, and machine learning.