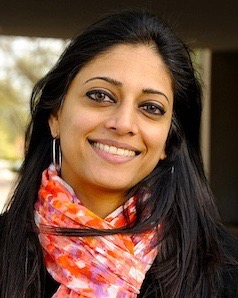 Abstract: Over 15 million epilepsy patients worldwide have medically refractory epilepsy (MRE), i.e., they do not respond to drugs. Successful surgery is a hopeful alternative for seizure freedom but can only be achieved through complete resection or disconnection of the epileptogenic zone (EZ), the brain region(s) where seizures originate. Unfortunately, surgical success rates vary between 30%-70% because no clinically validated biological markers of the EZ exist. Localizing the EZ has thus become a costly and time-consuming process during which a team of clinicians capture intracranially (iEEG) over days to weeks waiting for seizures. In the end, clinicians use <1% of the iEEG data captured to assist in EZ localization (minutes of seizure data versus days of recordings), which begs the question-“are we missing significant opportunities to leverage these largely ignored data sets to better diagnose and treat patients?” Waiting for seizures to occur is risky for the patient as invasive monitoring is associated with complications including bleedings, infections, and neurological deficits. In the proposed study, we aim to leverage iEEG data in between seizures by (ii) testing a new networked-based inter-ictal (between seizure) iEEG marker of the EZ, and by (i) modulating seizure networks with single-pulse electrical stimulation (SPES) and analyzing the associated cortico-cortical evoked potentials (CCEPs). We show that patient-specific dynamical network models (DNMs), built from each patient’s inter-ictal iEEG and CCEPs data, can characterize brain network dynamics and reveal pathological nodes, i.e., the EZ. The DNM characterizes how each iEEG node (channel) dynamically influences the rest of the network and how the network responds to exogenous stimuli. Bio: Sridevi Sarma received a B.S. in Electrical Engineering from Cornell University in 1994; and an M.S. and PhD in Electrical Engineering and Computer Science from Massachusetts Institute of Technology (MIT) in 1997 and 2006. From 2000-2003 she took a leave to start a data analytics company. From 2006-2009, she was a Postdoctoral Fellow in the Brain and Cognitive Sciences Department at MIT. She is now an Associate Professor in the Institute for Computational Medicine, Department of Biomedical Engineering, at Johns Hopkins University. Her research includes modelling, estimation and control of neural systems using electrical stimulation. She is co-founder of Neurologic Solutions, Inc. that develops EEG analytics tools for brain disorders. She is a recipient of the Burroughs Wellcome Fund Careers at the Scientific Interface Award, the Krishna Kumar New Investigator Award from the North American Neuromodulation Society and a recipient of the Presidential Early Career Award for Scientists and Engineers and the Whiting School of Engineering Robert B. Pond Excellence in Teaching Award.
Link to the profile of Sridevi Sarma