Abstract: Artificial General Intelligence (AGI) research treats “intelligence” as a general-purpose mechanism or capability, rather than a collection of special skills or functions. This talk will introduce the representative opinions on the following basic problems: (1) Objective: In which aspect an AGI is or will be similar to the human mind; (2) Possibility: Whether AGI can be achieved in the near future; (3) Strategy: Which technical approach toward AGI is mostly plausible; (4) Morality: Why should we build AGI?

Pei Wang is a Scholar in residence September-November 2022 at Digital Futures. 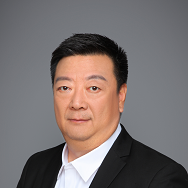 Bio: Pei Wang received his Bachelor of Science degree and Master of Science degree in Computer Science from Peking University in 1983 and 1986, respectively, and worked as a teacher at Peking University from 1986 to 1991. He received his Doctor of Philosophy degree from Indiana University, Bloomington, in Computer Science and Cognitive Science in 1995. From 1996 to 2001 he worked in several companies applying artificial intelligence techniques.

Since 2001, Wang has been with Temple University where he is now a (non-tenure track) Associate Professor in the Department of Computer and Information Sciences. Since the mid-1980s, he has been developing a formal model of general intelligence called NARS (Non-Axiomatic Reasoning System) and its computer implementation, which has become an open-source project OpenNARS.