Frank Allgöwer is director of the Institute for Systems Theory and Automatic Control at the University of Stuttgart. He is a member of selected academic and university bodies as well as national and international organizations, as well as being the publisher and co-publisher of a range of international journals. For example, he has been Vice-President of the German Research Foundation since July 2012, Vice-President of the IEEE Control Systems Society since January 2013 and Chairman of the VDI-GMA Division for Principles and Methods since 2000.

He has received various awards, including the Gottfried Wilhelm Leibniz Prize of the German Research Foundation (DFG) in 2004, the Teaching Prize of the State of Baden-Württemberg (2007) and the IFAC Outstanding Service Award of the International Federation of Automatic Control in 2011.

During the planned 4 months sabbatical at KTH’s Division of Decision and Control Systems, the plan is to push the development of a data-based systems and control theory forward. Bringing together the expertise of the host, Prof. Bo Wahlberg, and other KTH researchers with the complementary expertise of Frank Allgöwer will allow investigating new ideas for deriving strong theoretical guarantees on the behaviour of nonlinear learning-based control systems and to initiate a line of research at the intersection of networked control and cybersecurity building upon the data-based control framework. 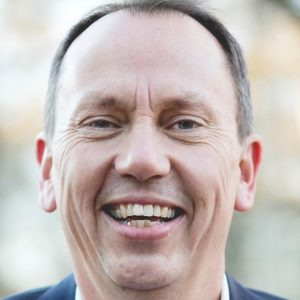