Come join the Inaugural Drone Challenge at the Digital Futures Drone Arena, a one-of-a-kind hackathon with aerial drone technology! The event takes place on June 15-17, 2022 at KTH’s Reactor Hall in Stockholm, Sweden. Read more about the challenge, the prizes, and how to sign up on our Drone Arena challenge website.

About the project
The Digital Futures Drone Arena is concrete as well as a conceptual platform where key players in the digital transformation and society join in a conversation about the role and impact of mobile robotics, autonomous systems, machine learning, and human-computer interaction.

The platform takes the form of a novel aerial drone testbed, where drone competitions take place periodically to understand and explore the unfolding relationships between humans and drones. Aerial drones are used as an opportunity to create a foundation that lives past the end of this project, useful as a long-standing basis for testing technical advances and to study, designing, and envisioning novel relationships between humans, robots, and their functioning principles.

Background
Few robot testbeds exist to experiment with application-level functionality. The Digital Futures Drone Arena bridges this gap by providing an easy-to-use programmable drone testbed for experimenting with novel drone applications and exploring the relations between humans and drones. The latter activity is driven by the concept of a ‘soma’ or the lived and felt body as it exists, moves, and senses the world. The theory provides an ethical stance on the soma such that it draws attention to how technologies and interactions encourage certain movements and practices while discouraging others. As a critique of technology design and use, somaesthetics addresses the limited and limiting ways in which we sit at desks and tap away at keyboards. When we interact closely with drones, we have to adapt ourselves to how we control them and move around them.

Crossdisciplinary collaboration
The researchers in the team represent the Connected Intelligence Unit, RISE and the Department of Computer and Systems Sciences, SU. 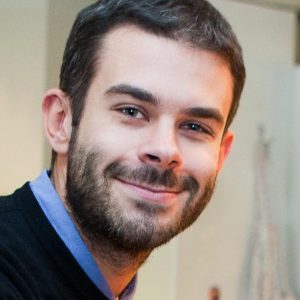